Whether you’re attending your very first MAGIC show or are a tradeshow veteran, we can always use a few more tips to maximize our experience.  Below you will find suggestions from MAGIC buyers that shared their insight on how to make the most of your MAGIC experience this upcoming show (which takes place this February 17th to 19th!).

Tip 1: Limit Appointments + Collaborate with Others

I try to make as few appointments as possible due to the massive size of the show. This way, I am able to go through every aisle in both women's areas of PROJECT and ENK. I am constantly on the lookout for new lines, and I would miss several if I jumped from one appointment to another on opposite sides of the show.

I have no problem sharing an appointment with another buyer.  This is the time to talk shop; to compare customer base and lines carried. I also sit next to other stores in the buyer lounges at lunch and talk shop as much as possible. Trends show up throughout the show. Every company introduces the same thing when it is new. Talk, talk, talk— with other stores and companies. The more I see, the more I know. I have been doing this for 30 years, and I just wing it!

Tip 2: Set Goals in Order to Find Trends That Stick
Advice from Nicole Haase, Senior Director of Merchandising for ModCloth

MAGIC has grown exponentially over the years, so it is important to plan ahead to make the most of your time. You should come to the show with a goal in mind. Are you there to seek out new trends, expand the assortment offering in new categories, discover new vendors or network with other retailers? Your answer will help structure how you plan your time; and for me at ModCloth, it is all of those things.

A few weeks before the show, I review the vendor attendees with my team and we reach out to schedule time to meet with them while we are at the show. Vendors' time tends to book up, so winging appointments is not an option. If you have the time, it is great to take advantage of the panels and keynotes (especially on trends), as this helps solidify your strategies to inform the future seasons. Plus it is a great way to network and meet with peers in the industry.

Once I am there, I have learned to follow the traffic. People tend to gravitate towards what is new and noteworthy. This also helps in discovering new vendors and trends.

Finally, don't forget to enjoy the experience, as there are lots of great people-watching opportunities at MAGIC. There are so many trendsetters walking the floor that often times you can witness a trend by simply observing what attendees are wearing.

Tip 3: Pre-Plan How You Navigate Your Show with Online Tools

Before the show, study everything you can about who you want to visit. Review the show maps and make a plan so you do not waste time going back and forth.
It is also important to take advantage of the industry workshops and seminars. No matter how long you have been in the industry, there is always something new to learn.
While walking the show, be meticulous with note taking and picture taking. Look closely at the merchandise so you do not buy pieces that are too similar. I have been known to buy the same black skirt from three different sources at one show!

Once you are on site, focus on building relationships. It is through these relationships that doing business becomes easier over the years. Vendors will accommodate your requests when they know who you are. Sometimes, you may need a special order.

Expert Tip: New buyers should know that you can place a big order and ask the vendor to ship it in increments so that you have new merchandise coming to the store every couple of weeks. This way you don't have such a big spend at once. We have customers coming in every week, so we do not want to put everything new out all at once.

After the show, we spend the week laying out all the information that we gathered into a spreadsheet. We do the numbers and analyze each category. This is where all the notes and pictures comes in so handy. Then we make the buying decisions after completely reviewing everything. It all comes together nicely.

The buyers’ lounges at MAGIC are important. They are not only places to relax and grab a bite, but also house a wealth of information and networking opportunities. The lounges are also great places to find out what people are talking about. The buzz is always about what is new, and there is always a collaborative energy. Subscribe to and read MAGIC emails ahead of time and utilize their efficient mapping system, as it is key in time management, one of the biggest challenges at MAGIC since it is so large. You need to be organized, but you also never know exactly what products are like until you are there in person.

One of the best things about going to MAGIC for so many years is having lots of friends there, so we can pass in the aisles and talk about what is new and on trend. Word-of-mouth referrals from colleagues are extremely valuable.

If you want a tip from Apparel Search, it is suggested that you read the Global Artisan Village and Handmade Boutique news article.

Thank you for reading our fashion blog.

If you have enjoyed this post or have questions about the article, please post your comments or questions in the comment area below.
- January 28, 2015 No comments:

Selma Blair was photographed wearing STRÖM Brand recently in Los Angeles. The busy mom wore her Tio Jaguars for the third time as she enjoyed the farmers market with her son Arthur ($228, www.strombrand.com). 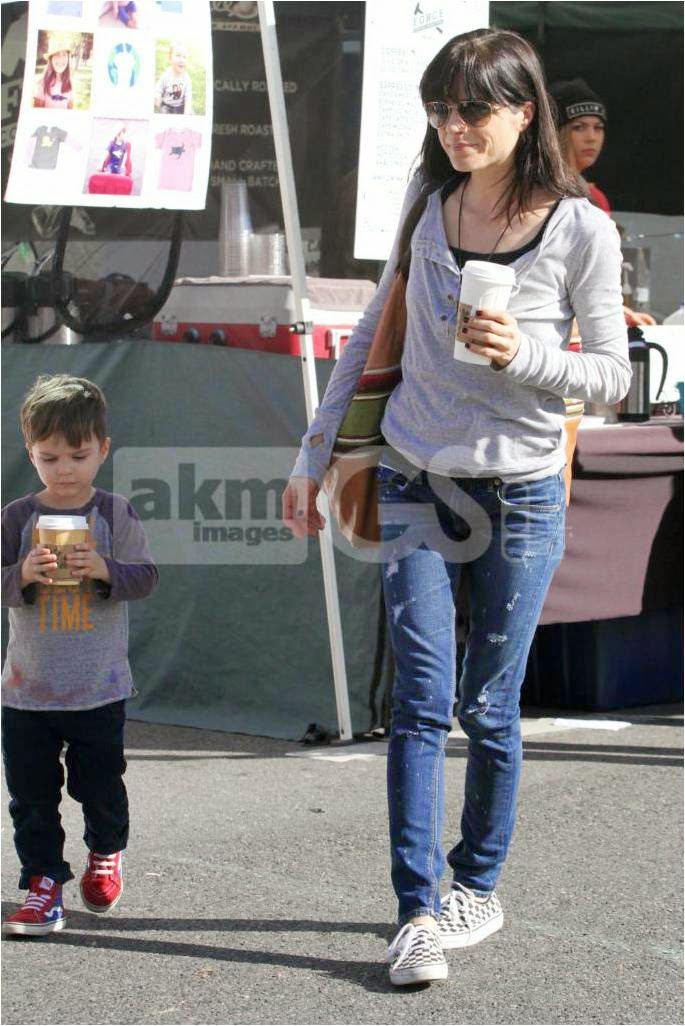 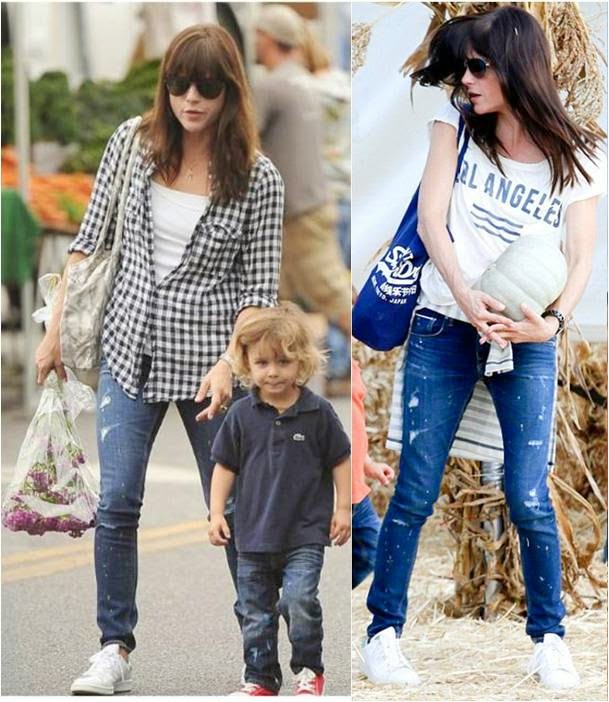 Below is a fashion model wearing the jeans. 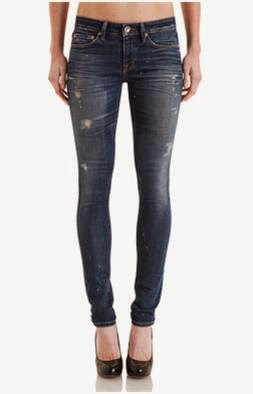 Selma Blair is an American film, television and theater actress. Since Blair made her professional acting debut in 1995, she has starred in a variety of film genres, including several commercial Hollywood motion pictures, indie and art house films.  She is a lovely fashionista.