Founded in Stockholm in 1996 by four creatives, Acne's ambition was to create and develop a lifestyle brand through desirable products, as well as helping other people to build their brands. This ambition led to diverse assignments in advertising, graphic design, Internet games and TV production. Acne was one of the first brands to see the space in the market for denim and used this forward thinking to create 100 pairs of unisex jeans. They were featured in Swedish Elle magazine and soon, Sweden's leading boutiques wanted to carry the characteristic jeans with bright-red stitching. These are the foundations of Acne.

This acne has nothing to do with skin blemishes. This is "fashion" all the way. Below you can learn more about Acne fashion. After reading, feel free to comment regarding this fashion brand.
Founded in Stockholm in 1996 by four creatives, Acne’s ambition was to create and develop a lifestyle brand through desirable products, as well as helping other people to build their brands. This ambition led to diverse assignments in advertising, graphic design, Internet games and TV production. Acne was one of the first brands to see the space in the market for denim and used this forward thinking to create 100 pairs of unisex jeans. They were featured in Swedish Elle magazine and soon, Sweden’s leading boutiques wanted to carry the characteristic jeans with bright-red stitching. These are the foundations of Acne.

Jonny Johansson ACNE’s creative director, branched out into other design genres. The first full collection was launched in 1998, and it set the tone for the brand – the subtle luxury and understated items originates from the ethos that the clothes should feel like someone’s wardrobe. Cool and personal. The result is that nothing dominates anything else, yet every piece is effortlessly stylish.
This company has also created the ACNE Paper, which was developed as a visual form of communicating the ACNE collective and what inspires it. The Independent Newspaper describes it as “pointing to the future of fashion publishing.”

With stores and projects across nine countries, Acne is today recognized internationally as a creative collective, unique for its corporate diversity in fashion, graphic design, film production and advertising, as well as product, business and concept development.

Today the full team reaches over 200, each as enthusiastic about the brand as the original four creatives.

Below is a brief history of some of the Acne accomplishments

Above is only part of the story. If you know more about this brands history, you are welcome to add to the comments below.

HAVE YOU PURCHASED ACNE FASHION PRODUCTS? WHAT IS YOUR THOUGHTS ON THIS BRAND? I am not too thrilled with the name because it reminds me of pimples. That is NOT my opinion on their fashion, just on the selection of the brand name. Probably their is another meaning in other languages.

Learn more about fashion brands in the international fashion market.

A Détacher by Mona Kowalska

A Détacher is a fashion brand designed by Mona Kowalska.

According to an article that I found by Assembly New York, "Having spent the early part of her career designing for various small labels in Italy, it is of no surprise that these pieces exude an air of European luxury and sophistication. After her stints in Italy and having briefly run the Paris design studio of Sonia Rykiel, designer Mona Kowalska was bound for New York and the process of designing clothes under her own name commenced. Likening herself to more of a curator than a designer, Kowalska has run a successful label since 1998 with little press or media attention. Possessing a refreshing attitude towards her line and the industry as a whole, she is unapologetic in her loyalty to her aesthetic while amassing a quiet cult clientele."

What are your thoughts about the A Détacher brand?


Founded by An Vandevorst and Filip Arickx, the A.F Vandevorst line is a complete women's ready-to-wear collection comprising shoes, lingerie, bags, and accessories. The ready to wear collection is developed and produced with Belgian manufacturers from inception with specific outsourcing in Turkey for certain categories such as jersey. The shoes and accessories are often developed and manufactured in Italy. A.F. Vandevost shows twice a year during the Paris Fashion Week. They also present new collections at their own international showrooms. They are shown in Antwerp, Paris, Milan, Tokyo, and Berlin. The collection is often being sold at prestigious shops and department stores in Paris, New York, London, Tokyo, Moscow, etc.

What are your thoughts on the international fashion brand A.F. Vandevorst?

Do you purchase this brand?

Have you been fortunate enough to attend one of their fashion week events?

Thank you for reading our fashion blog. If you have enjoyed this post or have questions about the article, please post your comments or questions in the comment area below.
- January 20, 2020 No comments: 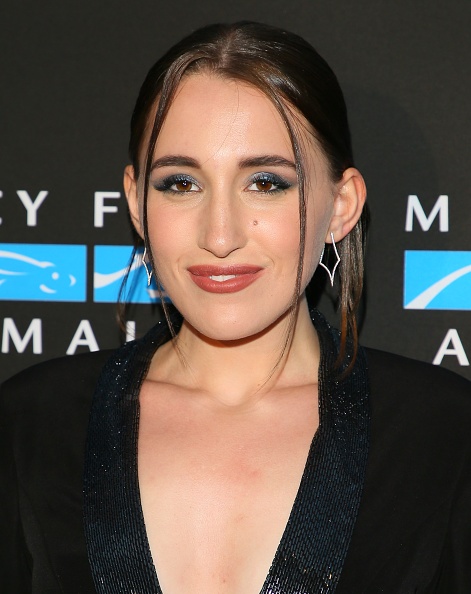 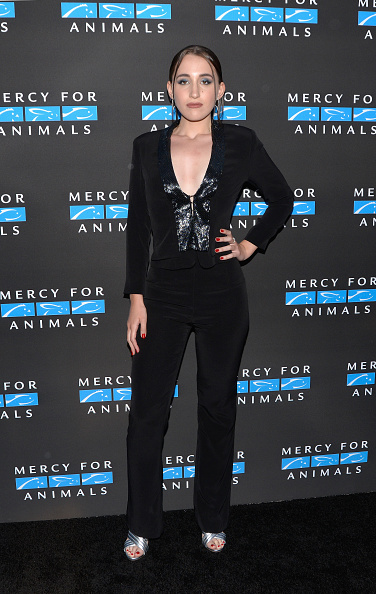 Presented on April 24 in New York City, the American Image Awards will benefit the Fashion Manufacturing Initiative (FMI), part of the Council of Fashion Designers of America (CFDA) Foundation.

“As a leader in the fashion world, the American Image Awards honors our industry’s highest achievers. These are the mavericks, influencers, and rebels who continue to transform fashion and our business,” said Rick Helfenbein, president and CEO of the American Apparel & Footwear Association. “We are thrilled to highlight the accomplishments of the 2017 honorees.”

Person of the Year is awarded to Andrew Rosen. As Founder and CEO of Theory, Rosen has redefined contemporary fashion through his unique vision. With a commitment to young American talent, Rosen has cultivated, mentored, and invested in the next generation of designers and entreprenuers.

Company of the Year is awarded to Marc Fisher Footwear. Marc Fisher has set a new standard in design and innovation, cultivating an aesthetic that is accessible to a broad base of style-minded consumers for each brand under their portfolio. The award will be accepted by Marc Fisher and Susan Itzkowitz. In addition to his namesake collection, brands under the Marc Fisher umbrella include Guess, Sigerson Morrison, Kendall + Kylie, Tretorn, Tommy Hilfiger, and most recently Easy Spirit.

Designer of the Year is awarded to Stuart Vevers, Executive Creative Director of Coach, Inc. Vevers joined Coach in 2013 following nearly two decades in the fashion accessory business. At Coach, he has reignited the legendary accessories house as he oversees all creative aspects of the brand, including Women’s and Men’s product design, brand imagery, and store environments.

Fashion Maverick is awarded to Nick Graham. Founder of the underwear line “Joe Boxer,” the brand single-handedly revolutionized an entire category of the fashion industry. Graham has the unique honor of being the first clothing designer on the internet in 1992 and producing the first live-streaming fashion show. In 2013, Graham launched his eponymous line, designing modern menswear by combining classic British menswear with American styling for what he calls the perennial millennial consumer.

Lifetime Achievement is awarded to former Women’s Wear Daily Editor-in-Chief Ed Nardoza. Nardoza led WWD for 25 years. One of the finest editors of his generation, Nardoza built the top news operation across fashion, beauty, and retail.

AAFA has partnered with the CFDA to benefit FMI, which awards grants through the New York City Economic Development Corporation (NYCEDC) to support advancements in domestic manufacturing training, design innovation, and production intelligence.

“We thank the AAFA for its support of the CFDA Fashion Manufacturing Initiative, an important program to preserve garment manufacturing in New York,” said Steven Kolb, President and CEO of the CFDA. “With the funds raised on this special evening, CFDA will be able to contribute to an important aspect of New York City’s economy.”

Owned and operated by the AAFA, the American Image Awards began in 1977 to honor those who have exemplified leadership, excellence, and outstanding achievement in all sectors of the apparel and footwear industry, including education, design, manufacturing, and retail. This year’s ceremony will take place at the historic 583 Park Avenue venue in New York City.

About the Fashion Manufacturing Initiative:


The Fashion Manufacturing Initiative (FMI) is a program of the Council of Fashion Designers of America (CFDA) in partnership with the New York City Economic Development Corporation (NYCEDC). FMI was created to nurture, elevate, and preserve garment production in New York City, ultimately connecting fashion designers to local manufacturing. The program includes: FMI Grant Fund offering matching grants to facilities committed to improving their services through innovation and technology; Apparel Skills Training Courses to generate a stronger workforce; a New York City Production Database on CFDA.com; and ongoing professional development sessions, industry events and collaborative partnerships.
Thank you for reading our fashion blog. If you have enjoyed this post or have questions about the article, please post your comments or questions in the comment area below.
- April 20, 2017 1 comment:

It is that time once again, when we are bombarded with so many gift options. To make things a little less hectic, we have put together an easy “Holiday Gift Guide” for him.  From fragrances to pajamas to timepieces, there is a perfect stocking stuffer for your dad, son, brother or special someone!
GIFT GUIDE FOR HIM

All of the above men's holiday gift ideas are available at Sears.  Find these and many other fashionable gift ideas at the Sears website and visit a store near you.

Thank you for reading our fashion blog. If you have enjoyed this post or have questions about the article, please post your comments or questions in the comment area below.
- November 30, 2016 No comments: 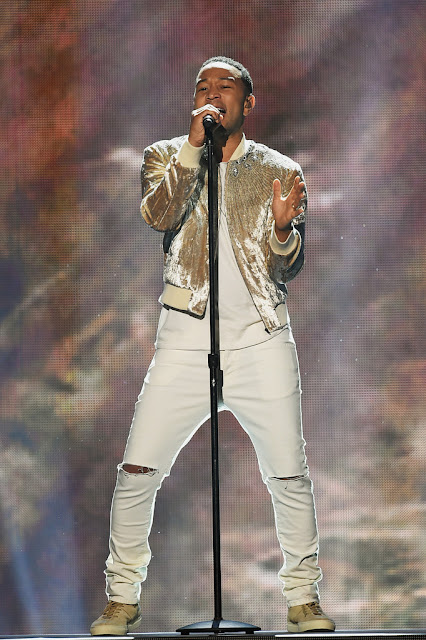 Here is another look at the men's high top roamers in sand. 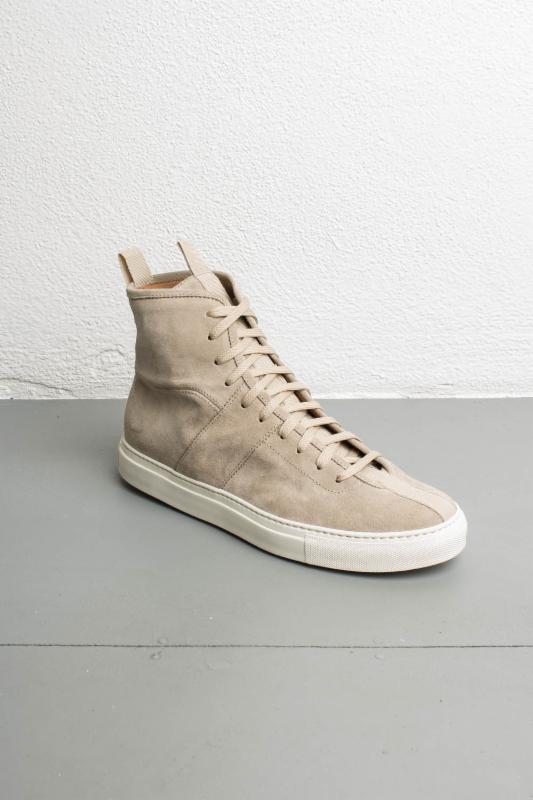 Here is a photo of a fashion model wearing the same skinny ripped jeans. 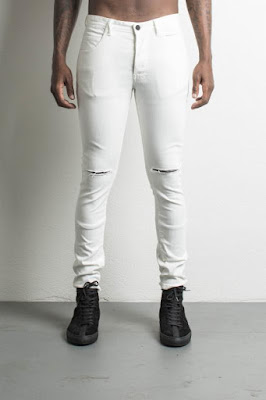 Thank you for reading our fashion blog. If you have enjoyed this post or have questions about the article, please post your comments or questions in the comment area below.
- November 22, 2016 No comments: